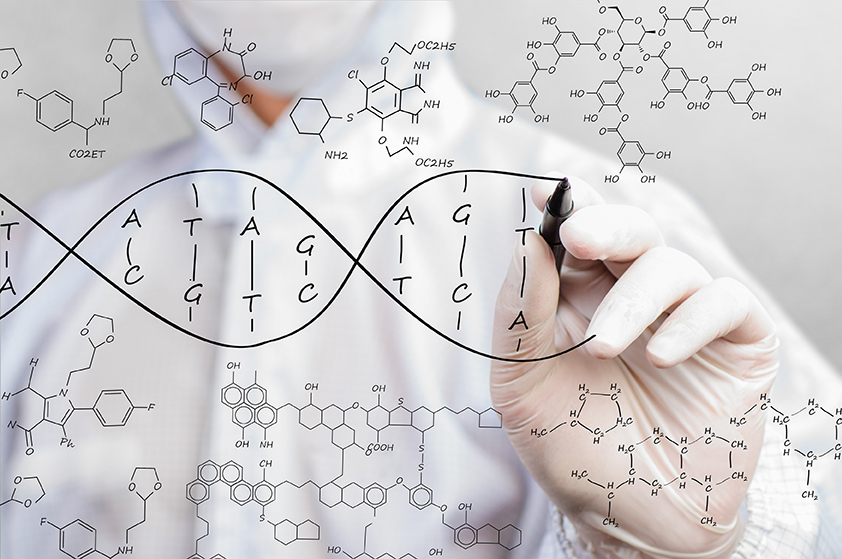 M/SCHAD is a rare inherited disorder of fat metabolism, also known as a type of fatty acid oxidation disorder (FAOD). As the founder of the International Network for Fatty Acid Oxidation Research and Management (INFORM), Jerry Vockley has made it his mission to educate people about fatty acid oxidation disorders, as well as create a FAOD support group and community among those affected.

Like other FAODs, medium/short chain L-3-hydroxyacyl-CoA dehydrogenase (M/SCHAD) deficiency prevents the body from making enough energy during times of stress, illness, and fasting. When the body has used up its stores of sugars, it must turn to fats to make energy in a four-step process known as beta-oxidation. In each cell in the body, this breakdown of fats is done in the mitochondria known as the “powerhouses of the cell.”  M/SCHAD is a member of a protein family that performs the third step in the process. It also has a different role inside the mitochondria as a part of the control of insulin secretion. Without M/SCHAD, too much insulin goes into the blood. This increased insulin causes low blood sugar levels. Loss of normal control of insulin levels is the most dangerous aspect of this deficiency.

Everyone has two genes that make up the M/SCHAD protein; this gene has two names –HADHSC or HADH. In children with M/SCHAD deficiency, both copies of the gene have changes or mutations. This causes either no protein to be made or protein to be made that does not work efficiently. The disorder is inherited with one altered gene for M/SCHAD coming from each parent. Occasionally, parents may carry two altered or mutant genes. In the parents, the one good HADHSC gene makes enough protein to keep them healthy. When both parents carry the mutation, there is a 25% chance that any child they bear together will have M/SCHAD. There is also a 50% chance that the child will be a carrier with one bad gene, just like the parents, and there is a 25% chance that the child will inherit two healthy genes.

Signs and Symptoms of M/SCHAD Deficiency

The most common symptoms of this fatty acid oxidation disorder include

Without appropriate treatment, patients may develop further symptoms such as

Fatty acid oxidation research shows that low blood sugar could worsen to cause seizures and coma, and infants with M/SCHAD may also develop liver disease. These symptoms usually appear the first time the child gets an illness and stops eating regularly. Without regular feedings, M/SCHAD deficient infants have too little blood sugar (glucose) to use for energy when facing minor stresses like an ear infection or diarrhea. Because they have too much insulin in their blood that further lowers their blood sugar and they cannot use fat to make energy, they have two reasons to develop the symptoms listed above.

How To Diagnose M/SCHAD Deficiency

While M/SCHAD deficiency is very rare and difficult to diagnose, many children are identified right after birth through newborn screening before they even show symptoms. Once identified by newborn screening, infants will be sent to a physician to look for the combination of low blood sugar and high levels of insulin. Urine will be tested for the presence of specific fats, and skin cell samples will be examined for reduced M/SCHAD activity. The final diagnosis depends on the identification of mutations in the gene for M/SCHAD.

The goal of treating this fatty oxidation disorder is to avoid low blood sugar (hypoglycemia). Because M/SCHAD defects can lower blood sugar in two different ways, treatment can take two different approaches. First, the drug diazoxide is given to reduce insulin levels in the blood. Second, patients should avoid fasting and receive plenty of carbohydrates and sugars since their cells can’t use fats for energy. If a M/SCHAD patient is sick, intravenous (IV) fluids with glucose solutions may be given to prevent blood sugar levels from dropping.

If you are interested in the current clinical trials from both government and private institutions involving M/SCHAD deficiency and other FAODs, we recommend you look at ClinicialTrials.gov.

Fatty oxidation disorders may not be that common, but at INFORM Network we want you to know that you are not alone. While having someone you love diagnosed with a FOD can be life-changing, we are here to be a source of reliable information and support.